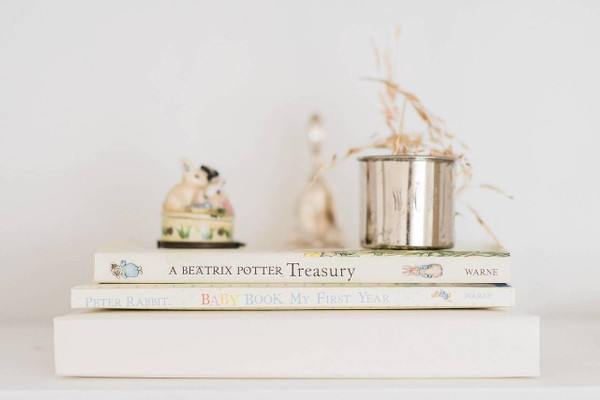 Our thoughtful range of baby books from iconic authors have been carefully chosen and are the perfect for the new arrival.

Beatrix Potter (1866–1943) is still one of the world's best-selling and best-loved children's authors. She wrote and illustrated 28 books that have been translated into more than 35 languages and sold over 100 million copies.

Kat Merewether is an author and illustrator of the Kuwi the Kiwi series. She has been illustrating for 13 years and works out of her award winning businesses - an educational design studio, Design on Q and Illustrated Publishing.

Margaret Mahy (1936–2012) is New Zealand’s most celebrated children’s writer. As the author of more than 120 titles - which have since been translated into 15 different languages – Mahy’s readership is vast.

Mark and Rowan Sommerset's books have won a number of awards and are now published in multiple countries and languages around the world. As well as running their own publishing business, Mark also loves to attend festivals and schools to share stories and have fun with readers big and small.

Julia Donaldson is a highly talented author of some of the best-loved children's books in the world. Born in London in 1948 she grew up with her younger sister Mary who she loved to create imaginary characters with. She started her career as a singer-songwriter, writing mainly for children's television.

Lynley Dodd is an internationally celebrated writer for children. Her titles, including Hairy Maclary, are highly regarded and much loved by her readers locally and internationally. Her stories are known for their lively sound qualities, curious animal characters, and the memorable illustrations that accompany the text.

Michael Bond began chronicling Paddington’s adventures in his first book, A Bear Called Paddington, published in 1958. Fortunately, bears don’t need much encouragement, and Paddington has since filled the pages of twelve further novels, a variety of picture books, and many other projects written for the young at heart.

Receive 5% off your first hamper

This product contains alcohol, which means that it is only for over 18s

Sorry, no can do! This product is R18

Opps actually I am 18